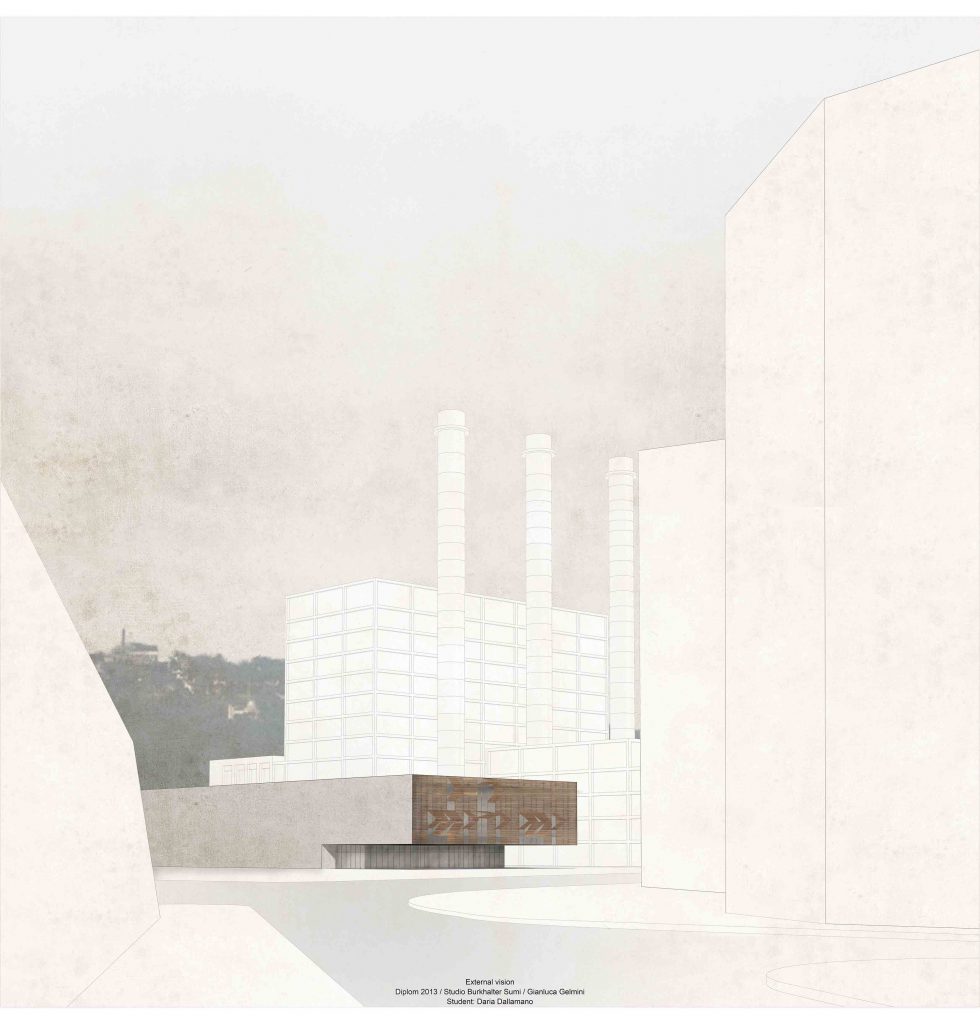 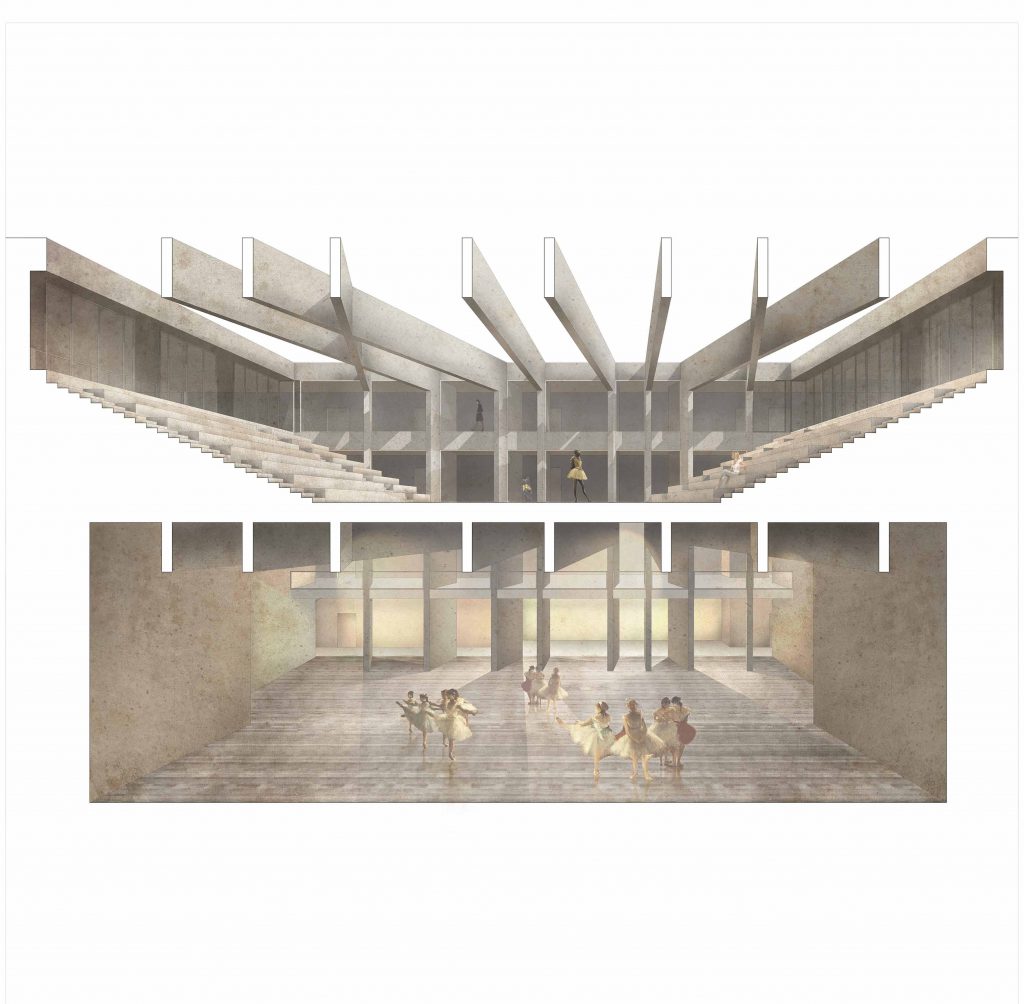 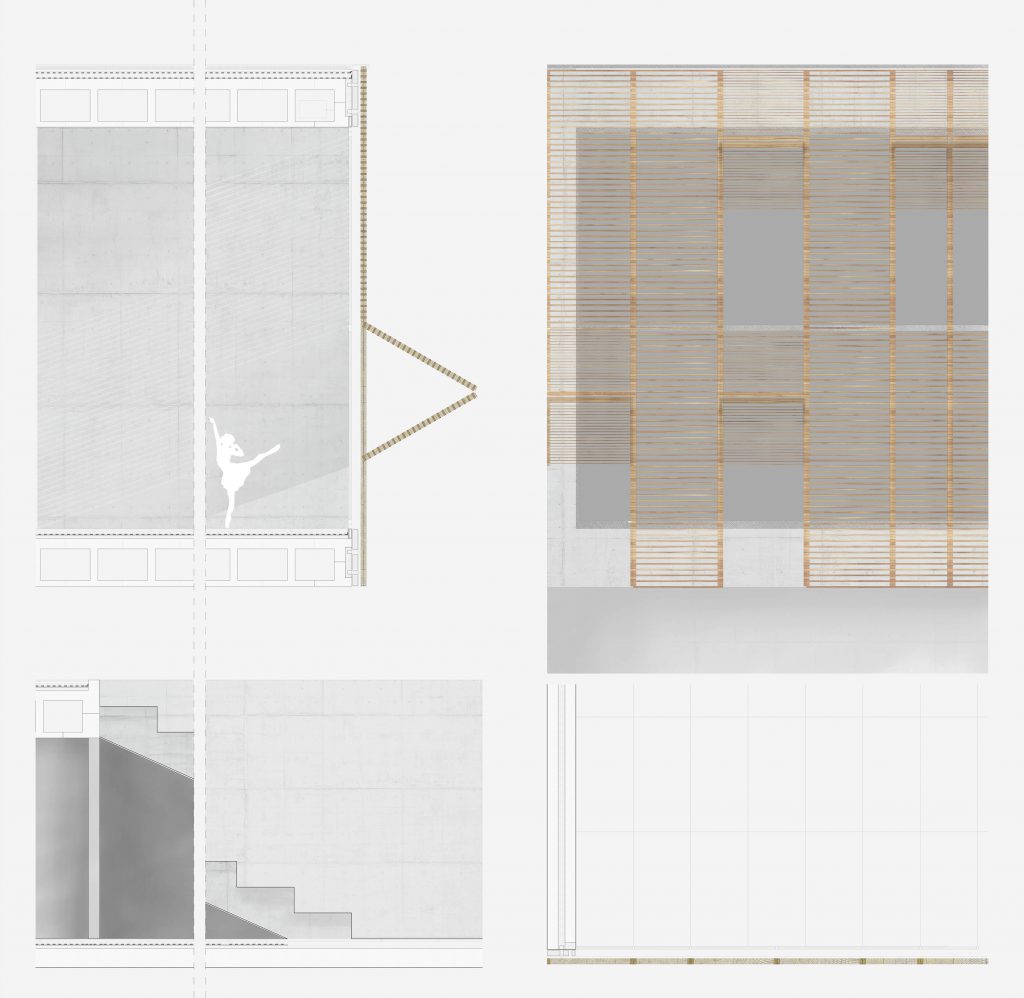 Located in Barcellona, along the boulevard of Parallel, the proposal has clearly the intention to revitalize the avenue without losing its history and its still existing characteristics. The boulevard in the early twentieth century had its golden age thanks to a growth of theaters and other kind of night venues, inspired by the Montmartre district. Today, the neighborhood has lost its characteristics and has become a working class neighborhood. The proposal is a dance theatre with its own dance school, generates from the idea that the spaceof the theater can be understood as a representation of urban life in its various manifestations.

The main concept is “dance that dances with the urban context” and therefore it is the city itself to become the stage. The theatrical elements have been turned into architecture: the folds of the curtains are transformed into walls and the beams defining the underground theater and the theater above. The external auditorium links the building to the square in a seamless system of spaces.The aesthetic effect of the beams giving the impression of wrapping the theaters like a nest in which the light projecting from the outside to the inside of the theater produces striking effects of light and shadow.